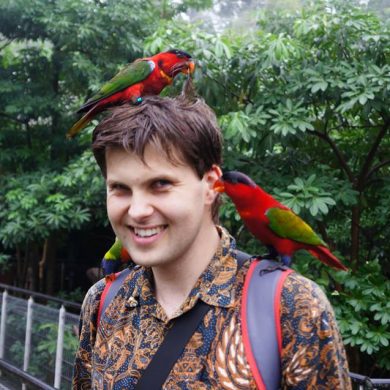 Vladis Lim, born in Moscow, Russia, has had a tendency, since his teenage years, to acquire notions of new foreign languages through his numerous international encounters and passion for world’s cinema, music and cuisine. Settling in Montreal in 2013, he has been a journalist for a Francophone African media outlet since 2015. An engineering school graduate in France, with additional training in economics and sociology, he is interested in international relations and economic, political and cultural exchanges between Asian and African countries. He speaks Russian, English, French, German, Spanish, Swahili and Indonesian, and is learning around ten other languages such as Mandarin, Wolof and Tamil.