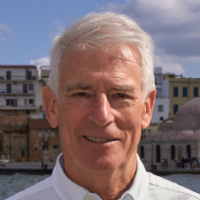 Steve Kaufmann is a graduate of L’Institut d’Etudes Politiques in Paris, France (1966), and a former Canadian Diplomat and forest industry executive. He is co-founder (with his son Mark), of LingQ.com, an online language learning system, and community. Steve speaks more than 15 languages, has written a book called The Way of the Linguist, A Language Learning Odyssey, has a blog called The Linguist on Language, and a youtube channel under the name of lingosteve.