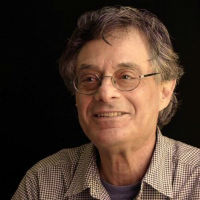 Marc Okrand devised the dialogue and coached the actors speaking the Klingon language heard in Star Trek III: The Search For Spock, Star Trek V: The Final Frontier, Star Trek VI: The Undiscovered Country, and Star Trek Into Darkness. He also created the Atlantean language heard in the animated feature Atlantis: The Lost Empire. The Klingon language he developed has continued to be used in the later Star Trek TV series. In addition, he created Vulcan, Romulan, Kelpien, and other languages for several Star Trek films and TV series. He is the author of The Klingon Dictionary, The Klingon Way: A Warrior’s Guide, and Klingon for the Galactic Traveler, and is an associate producer of the documentary Conlanging: The Art of Crafting Tongues. He has a PhD in Linguistics from the University of California, Berkeley, and was a post-doctoral fellow at the Smithsonian Institution in Washington, DC.