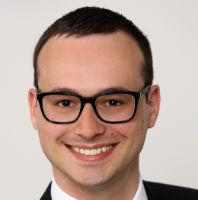 Dr. Emmanuel Ternon is a software engineer turned polyglot with a passion for Chinese characters. An avid traveller, he has lived in four different countries (France, Germany, the United Kingdom and Japan) and currently speaks 10 languages, including three from East Asia (Japanese, Korean and Mandarin Chinese). Dr. Ternon recently published the book “Traditional Chinese Characters: A Translingual Writing System” (ISBN 978-1-729-16447-1) to raise awareness about the fact that Chinese characters (especially in their traditional forms) are the key to efficiently learning multiple East Asian languages because they make it possible to write a large portion of the vocabularies of these languages the exact same way. By combining his software development skills with his knowledge of East Asian languages, Dr. Ternon aims to create a variety of software tools useful for people learning or working with these languages.