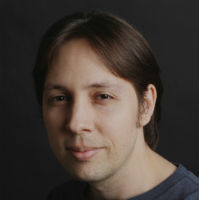 David Peterson is a language creator and author. He’s created languages for many television shows and films, among them HBO’s Game of Thrones, the CW’s The 100, Syfy’s Defiance, and Netflix’s Bright. He’s the author of “Living Language Dothraki” and “The Art of Language Invention”. He has BAs in English and Linguistics from UC Berkeley (2003), and an MA in Linguistics from UC San Diego (2005).