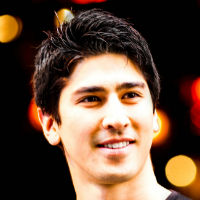 BigBong is a social media influencer focusing on audiovisual entertainment related to culture and languages. His YouTube channel is mostly known for the videos of accents from different countries. However, he has also started teaching courses in both French and Japanese for Absolute Beginners with an emphasis on spoken language.

He is also an actor taking part in a variety of projects. For instance, he is one of the two main characters from the web series FRAJALICAN directed by Mark Hachem. His approach when teaching, tutoring and coaching is inspired by acting exercises from theatre.

In terms of academic background, Bong Sou holds a Master’s degree in Journalism from the University of Montreal in Canada, a Bachelor’s degree in International Affairs from Sorbonne Paris Cité University in France and he was an exchange student at Seoul National University in South Korea.